When Royal Dutch Shell warned in March of a “high degree of uncertainty” over a climate lawsuit brought by environmentalists, the oil major still said it expected the case to be “resolved in a manner favourable to Shell”.

This week the opposite happened, in a stinging verdict ordering the Anglo-Dutch company to cut carbon dioxide emissions deeper and faster than it had planned.

The ruling in The Hague, which the court said was “enforceable” despite Shell’s intention to appeal, is the starkest sign yet of the shift in public and political sentiment that has now reached the courts.

For the first time, a lawsuit has successfully targeted the business model of a large fossil fuel producer, suggesting those of all corporate polluters — from steel producers to airlines — are under threat.

The case was brought by activists led by Milieudefensie, the Dutch wing of Friends of the Earth that has long been a thorn in Shell’s side. Wouter van Dieren, the 80-year-old who co-founded the group in 1971, said that finally, “justice was being done”.

“Forty years ago, we told Shell to stop being an oil and gas company but become an energy company, as it was obvious renewables were the future,” he told the Financial Times. “It’s a fine thing to see after so many years they are being pushed in that direction.”

Lawyers, academics, investors and energy analysts believe the verdict is just the beginning for so-called human rights cases that target corporate strategies and threaten to overturn long-held assumptions about a company’s obligations to society. While corporations have faced environmental litigation before, it has tended to be via liability lawsuits seeking damages for past behaviour.

Paul Benson, a lawyer at environmental law charity ClientEarth, said it marked “a defining moment in climate litigation” — not only had a company’s climate policy been deemed “inadequate”, human rights arguments had been used to demonstrate a climate-related duty of care.

In addition, he said, an order had been issued for a corporation to cut its emissions in line with the 2015 Paris agreement. “All of these world firsts have significant precedent-setting value, with legal implications that spread far beyond the oil and gas sector.”

Since 1990, 1,824 climate litigation cases have been through the courts in 40 countries, according to a database compiled by the Grantham Institute on Climate Change and the Environment at the London School of Economics.

While only a quarter of cases were brought against companies, with about 32 currently open against carbon majors mainly in the US, the thinking is that corporations will now face more of a legal backlash.

“The value is both the inspiration it offers and the legal template,” he said. “First of all, it makes a case of this type seem less outlandish . . . more possible, and secondly the legal argumentation is already done for you.”

The Shell case was brought on the basis of “unlawful endangerment” under the Dutch civil code. With equivalent laws in other western jurisdictions such as in England, de Jong said, “it’s a universal argument which can easily be translated into other systems”.

European oil majors in particular, which have made net-zero emissions commitments and pledged to invest more in cleaner energy, are under huge pressure to do even more.

A separate legal case is under way in France, where 14 local authorities and several NGOs have asked a court to order oil group Total to go further to curb emissions.

The Dutch ruling “shows the importance of having a proper governance and sound strategy around climate change which particularly exposes oil and gas companies to a so-called climate transition risk,” said Petra Pflaum, chief investment officer for responsible investments at DWS.

Climate lawsuits are mounting amid rising public discontent over government-led efforts to alleviate the situation.

Climate activists are also better funded and have more legal expertise than ever before, while access to better corporate data and emissions disclosures along with improved climate science mean companies can be held to account in an unprecedented way.

Increasingly companies that invest, insure or extend financing to corporate polluters will also be under scrutiny. Louise Fournier, Greenpeace International’s legal counsel for climate justice and liability, said these entities were “bound by the same [duty of care] obligations under international human rights law.”

But all eyes are on other big emitters.

Climate activists are pushing the aviation industry to move much faster to address its carbon footprint. Global aviation accounted for 2-3 per cent of global emissions before the pandemic hit, a share that is likely to increase as other sectors decarbonise faster.

One airline executive said despite a European industry pledge to reach net zero by 2050 and “ambitious targets” to comply with the Paris climate goals, the sector had taken note of the Shell ruling.

“With this verdict, it’s something to keep in mind that you have to work on reducing carbon emissions,” said one executive at a major European chemicals company.

Another at a European steel company said it wanted to engage with all stakeholders, including NGOs. “We have the same goal — to reduce CO2 emissions.”

Yet there is also mounting concern that growing pressure to act on climate change fails to acknowledge the still robust demand for the goods that these companies create — from petrol for cars to construction materials.

“We still need to provide the products on which society depends,” a second steel executive said.

One energy sector investor warned that targeting big listed companies such as Shell would only shift business towards less transparent state groups and private companies that are often less scrupulous, rather than permanently reduce emissions for the sake of the planet.

“It’s far from clear that the best venue to resolve these matters is a courtroom”, he said.

Joana Setzer, an expert on climate litigation and environmental governance at the Grantham Research Institute, said “lawsuits are a powerful way to raise awareness and advance many steps, by enforcing the Paris climate agreement and giving teeth to these non-binding government commitments.”

While they could drive behavioural shifts across entire industries, she added, “on their own they won’t solve climate change”. 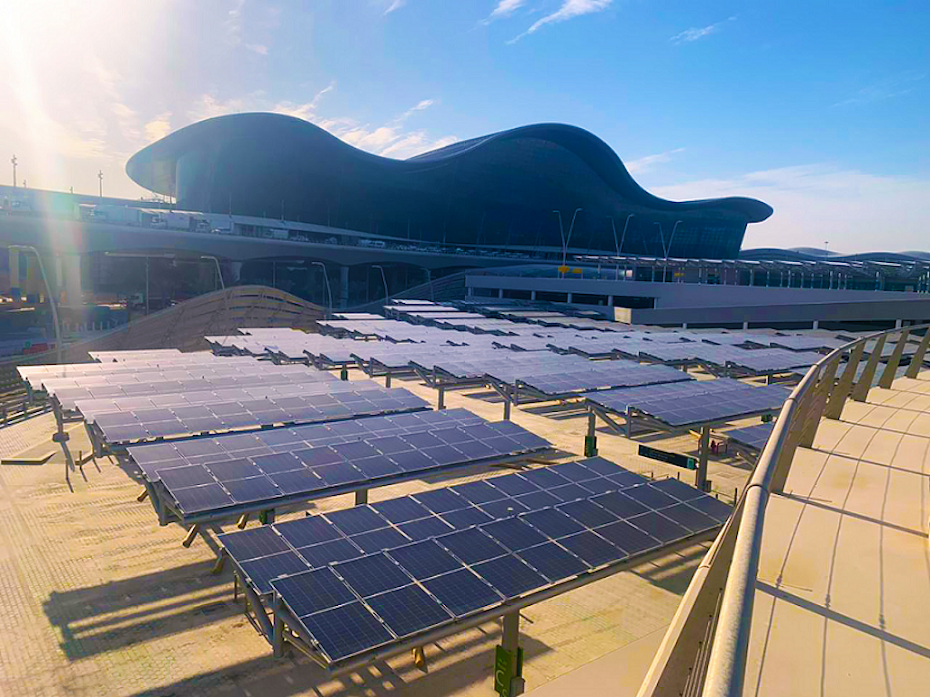